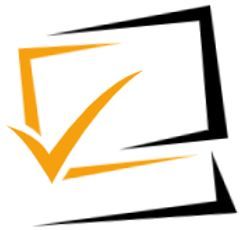 Who are some of the most well-known female business leaders in the world today?

It used to be far more typical for men to make up the majority of business owners and entrepreneurs. However, during the last few years, there has been an increase in the number of female entrepreneurs all over the globe.
There are a lot of incredible tales of accomplishment that may be heard from some of these extraordinary ladies. Check out this list of some of the most prominent women in business throughout the globe if you're interested in knowing more about some of the most accomplished women in business today.

Wang Laichun is the chairman of Luxshare, a Chinese electrical components supplier to Apple. When she initially became a millionaire, she was described as one of the world's youngest female self-made billionaires. Wan Laichun and her brother acquired the firm in 2004, and she is now believed to be worth around $1.5 billion.

Denise Coates is the creator of Bet365, an online gambling firm established in England. Denise acquired the domain name Bet365.com in January of 2000 and spent a whole year developing the website before offering it to the public.
Bet365 was established with a £15 million loan from the Royal Bank of Scotland. Since then, it has become one of the world's biggest online gaming sites. In the United Kingdom, it is impossible to watch a football game without seeing a Bet365 advertisement.
Denise's staggering net worth is $2.5 billion.

Folorunsho Alakija is the wealthiest female businesswoman in Nigeria. She may not be as well-known as other female entrepreneurs, such as Oprah Winfrey, Arianna Huffington, and Beyonce, but she is worth around $2.5 billion. After working at Sijuade Enterprises in Nigeria and the First National Bank of Chicago, Folorunsho launched a tailoring business named Supreme Stitches.
When Supreme Stitches began to experience great success a few years later, Alakija began to investigate investment opportunities in other sectors, including the oil business and the printing industry.
The previous year, Forbes ranked her as the 96th most powerful woman globally.

Gina Rinehart is the wealthiest individual in Australia and the sixth richest woman in the world, with a personal worth of $11.7 billion. Rinehart is the chairman of Hancock Prospecting Group, a mining business that produces around 30 million tonnes of iron ore annually.
After her father's death in 1992, Rinehart became the company's chairman and has since become one of the wealthiest female entrepreneurs.

Born on the 28th of October in 1955, Indra Nooyi is an American business executive. Indra is the current chief executive officer of PepsiCo. She joined the firm in 1994, was promoted to chief financial officer in 2001, and was promoted to chief executive officer in 2006.
Last year, Forbes named Indra as the thirteenth most powerful woman in the world. With a PepsiCo income of around $28.6 million and a total net worth of $144 million, Indra is one of the most successful female entrepreneurs in the world.

Why not contact us at info@rmva.co.za to see how we can provide you with your personalised training and skills enhancement packages.

Simply put, our WHY is to open-up the exciting world of interactive and engaging online learning by providing affordable, quality education to all.
As stated before, the reason for our existence is based on our passion and commitment to the educational future of this country, and how we can help bring this country into the future of education.

With R|M|V|A, you can engage in interactive and immersive learning learn from anywhere, anytime and on any channel.