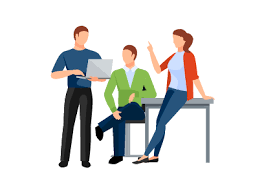 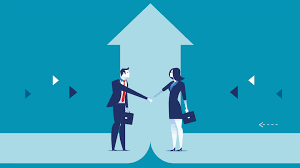 BIOLOGICAL BACKGROUND
The terms “gender” and “sex” are often used interchangeably in day-to-day discourse; however, “gender” refers to socially constructed roles, traits, and characteristics that are associated with being male or female, whereas “sex” refers to the biological characteristics of being male or female.
Children acquire gendered behaviors through social interactions that may stem from cultural cues, parental approval or disapproval, and early experiences of what it means to be a man versus a woman. Parents influence a child’s earliest experience of what it means to be male or female through choice of colors, clothes, toys, and expected behaviors.

Gendered differences in boys and girls also have a biological explanation. For example, female infants are more sensitive to touch, look longer at others’ faces, make more eye contact, and respond more empathetically to others’ distress.  Male infants, on the other hand, look longer at a suspended mechanical mobile, have a stronger grasp reflex, and greater leg strength.

Additionally, preferences for gendered toys may be seen as early as ten months, are definitely present by age three, and increase throughout preschool.  Studies suggest these gendered preferences may be determined biologically and may be influenced prenatally by testosterone.

In addition to these differences seen in infancy and early childhood, there are differences in the “wiring” and functioning of male and female brains. It is difficult to tell whether these structural differences stem from biology or from social experiences and differing use of the brain by men and women.

No matter the cause, scans of the brains of men and women show variations in connections in the brain, having to do with visual skills, emotional responses, facial processing, and memory and language abilities.

In summary, various studies and theories suggest there are social, biological, and evolutionary explanations for differences between genders. These differences are seen in early infancy and continue throughout one’s life. Whether biologically determined or socially constructed and reinforced, gendered differences instruct our thoughts and affect our actions. They are responsible for the implicit bias and gendered stereotypes that impact gendered differences in negotiations.

These gender-based stereotypes influence the way in which people interact with members of the opposite sex, specifically during negotiations.  “[R]esearch suggests that negotiators use gender stereotypes not only to judge their counterparts but also to infer what others are likely to expect of them, and that these stereotype-based inferences influence fundamental negotiation behaviors.” For example, studies have found that negotiators adjusted their offers based upon whether they were negotiating with a man or woman, and negotiators expected women to take a smaller share of value while negotiating.

These gendered stereotypes do not mean that all women are at one end of a negotiation behavior spectrum and that all men are at the other end. Despite gendered stereotypes, both men and women can use behaviors along the entire negotiation spectrum. Studies have shown that men and women are equally capable of adopting any of the characteristics typically assigned to the other gender. In other words, “[m]en and women both seem to be capable of being aggressive, helpful, and alternately cooperative and competitive.

However, with an understanding of these gendered differences, men and women can be proactive in limiting their respective disadvantages, and work on negotiating more effectively.

TOOLS TO NEGOTIATE MORE EFFECTIVELY
Below are eight tools’ men and women may use to negotiate more effectively, given their gendered differences in negotiation.

Be Self-Aware and Flexible
Self-awareness in negotiation is critical. This enables you to have an intention, choose behavior to implement your intention, monitor your counterpart’s reaction, evaluate whether you are achieving the outcome you intended, and if not, change your negotiation behavior.

Studies have shown that female negotiators with higher performance results were primarily found to be the ones who would adjust their style based upon the gender of their negotiating counterpart. Therefore, a negotiator should be aware and flexible based upon the circumstances and the reactions of his or her counterpart.

Prepare Using Legitimate Criteria
The Harvard Project on Negotiation has a theory that seven elements are present in all negotiations of differing kinds anywhere in the world:
(1) relationship,
(2) communication,
(3) interests,
(4) options,
(5) alternatives,
(6) legitimacy, and
(7) commitment.
All of these elements are important in negotiation, but emphasizing the legitimacy element is particularly useful for women. Legitimacy refers to the objective criteria chosen by negotiators to evaluate options, for example, like those of appraisals, fair market values, and industry practices. Using legitimacy allows a female negotiator to be confidently assertive in advocating a particular outcome, without appearing to be overly aggressive.

Include a Relational Aspect
Relationship is one of the seven elements of negotiation identified by the Harvard Negotiation Project. Even in a onetime transaction, negotiators must deal with each other at the negotiation table and, therefore, there is always a relational component in negotiations.

Preface Gender-Defying Statements or Actions
Framing and making the expectations of gendered stereotypes explicit in negotiation reduce the risks and likely negative effects of defying these expectations. For example, one study found that framing assertive statements with a statement alerting your counterpart to a possible defiance of expectations may reduce negative perceptions.

Balance Empathy and Assertiveness
In negotiation, a fundamental challenge for men and women is to strike an effective balance between empathy and assertiveness. Empathy involves effectively understanding your counterpart’s perspective and expressing his viewpoint in a non-judgmental manner.

Empathy should not be confused with sympathy and understanding a viewpoint need not equate with agreement as to that viewpoint. Assertiveness is the ability to express and advocate for your own needs, interests, and perspectives.  Assertiveness should not be confused with aggressiveness, and as noted above, the use of legitimacy is an effective way for negotiators to advocate assertively without appearing overly aggressive. A negotiator who can do both will be more effective than a woman who only expresses empathy or a man who only expresses assertiveness.

Be Authentic and Confident
The behavior of someone who is not acting authentically will come across as insincere. Find your own strengths as a negotiator and use them confidently to your advantage.

Understanding these gendered differences will enable men and women to have more well-formed intentions and choose more congruent behaviors in negotiation, even those which may defy gender stereotypes, when that creates an advantage or overcomes a disadvantage.